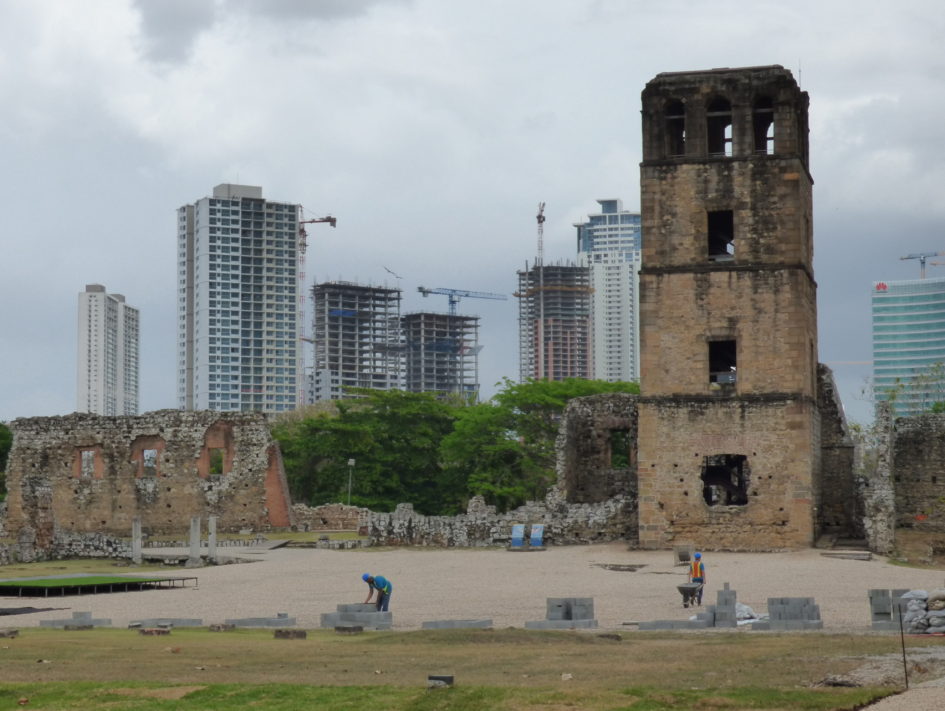 This is a guide to the sights of Panama Viejo, with information from the official website at www.patronatopanamaviejo.org and other sources. The numbers refer to those printed on the maps provided at the site.

Although there is not a lot to see at the ruins of Panama Viejo, it was an immensely important place in history. The city was where much of the gold and silver raided from Peru was unloaded before it was hauled across the isthmus on mules to depart on Spain-bound ships.

The Welsh pirate Henry Morgan was responsible for the sack of Panama in 1671, as after his men defeated the local militia, the city was burned down. One story says Morgan started the fire that burned the city, another says the city Governor ordered the destruction.

For the next three centuries, beams and stone blocks of the abandoned city served as a convenient source of building materials. Around 1950 the squatter settlements on the outskirts of Panama City reached the ruins, and the remains were dismantled and overrun.

In 1976, Panama’s government declared the ruins a protected site, and then in 1997 it became a UNESCO World Heritage Site along with Casco Viejo.

Panama Viejo is just to the east of the main city of Panama, reachable on several bus routes or by taxi. Historians agree that Panama means “abundance,” but whether it is abundance of fish, butterflies, or some other plentiful flora or fauna is still open to debate

The Panama Canal was opened to inter-oceanic traffic on August 15, 1914, the anniversary of the founding of Old Panama in 1519.