It is located on the southern slope of Cerro Ancon.

Mi Pueblito Campesino is a representation of the folklore and culture of the interior of the country, in particular the towns of the peninsula of Azuero. It shows a typical Spanish style colonial town, including a school, a barber shop, a chapel, and an old kitchen. Its streets are cobbled and the houses are of wood with a tile roof. In the center you will see a water fountain surrounded by a beautiful garden.

At the main entrance is a colonial Spanish hacienda-style building with displays of polleras, both antique and new, plus roped-off interiors with various and sundry antique household items placed to give visitors an idea of life during the 19th century. 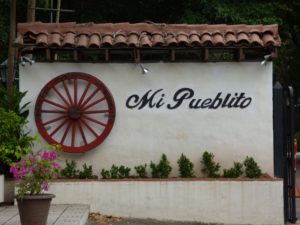 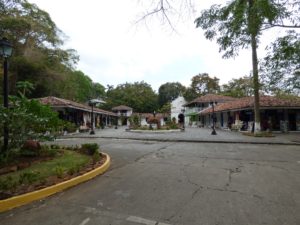 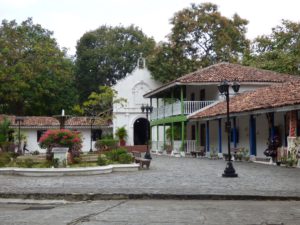 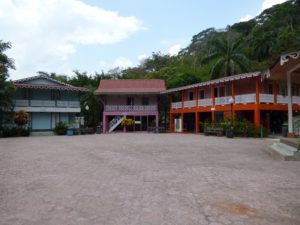 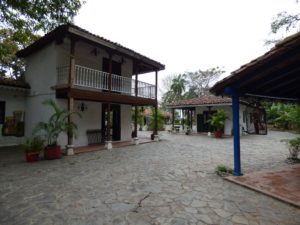 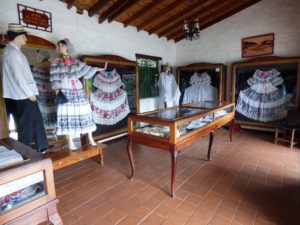 Mi Pueblito Afroantillano is set as a town of Afro-Caribbean / Antillean origin with colorful houses from the beginning of the century where the Casa Muller, a boat-shaped building stands out. Caribbean people were brought to Panama for the construction of the Canal. 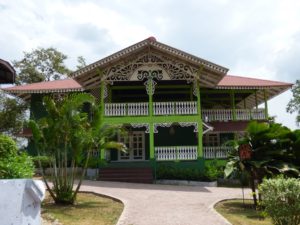 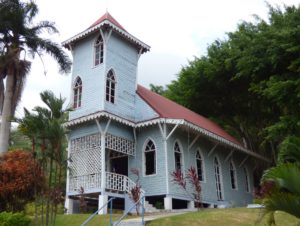 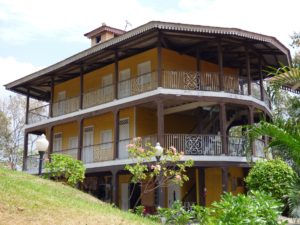 Mi Pueblito Indigena will take you to the forest where the native peoples of the area live, the Kuna, Ngäbe-Buglé and Emberá-wounan. This village is formed by a hamlet of huts built with roofs of palms and without walls . 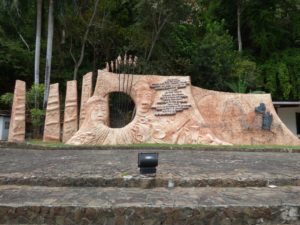 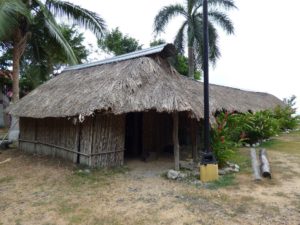 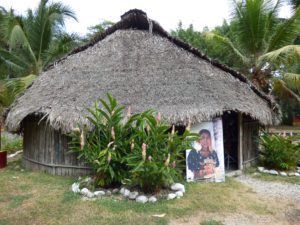 Mi Pueblito also has 27 shops among which you will find restaurants and craft shops. Many of the Indians at Mi Pueblito make a living by selling reasonably priced handicrafts.

There are displays of intricately carved and painted animals, butterflies, fish and reptiles, carved from small tagua nuts. The nut has similar properties to ivory and it just as durable. The masters of this art are the Wounaan Indians from the jungles of Darien Province, on the dangerous border with Columbia. With no formal training, they carve what they see in the wild.

A Mola, in the Kuna culture of the San Blas Archipelago, is a traditional blouse worn by women. These blouses are available at Mi Pueblito, as are the panels that decorate them. Each decorative piece is made from two intricately appliquéd panels. They are collectors’ items, available for a few dollars here, San Blas, and at selected stores around the city.

Like many tourist attractions in Panama, this one needs more interpretative signs or guides to make it worthwhile. There are staff hanging around but not much enthusiasm from them.