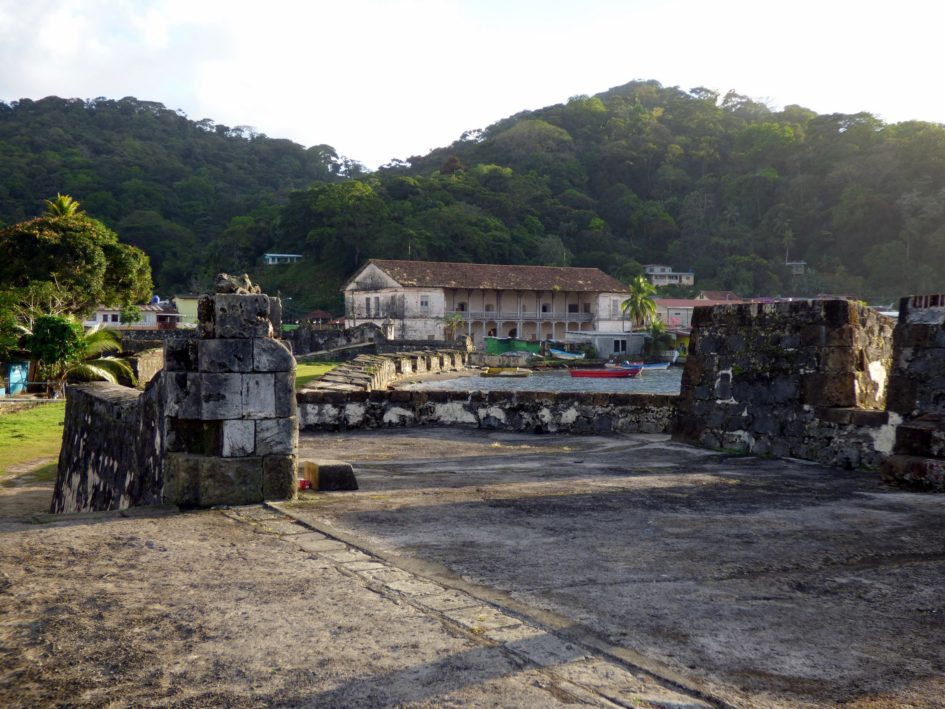 Portobelo is a 45-minute drive from Colon on narrow and sometimes rough roads. Although the town is very run-down, there is a huge amount of history here, it being the place where all that conquistador gold was gathered before being sent to Europe.

The sights in Portobelo

A third of the world’s gold and copious other treasures passed through the customs house in Portobelo for over a century.

Sir Francis Drake, the first Englishman to circumnavigate the globe, died of dysentery in 1956 in Portobelo and lies buried in a lead coffin at the bottom of the ocean at the entrance to the bay, near an islet which bears his name. (They can’t find it though).

Much of the outermost fortress was dismantled to build the Panama Canal and many of the larger stones were used in the construction of the Gatún Locks.

Portobelo may have the distinction of being sacked more times than any other place in the world.

The fortresses were made of coral because it was more abundant and easier to cut than the igneous rock found inland, so the Spaniards used it for most construction in Portobelo. Known “reef rock” coral is easily shaped, tough as granite yet light as pumice.

According to legend, the statue of a dark-skinned Jesus carrying a cross arrived in Portobelo in the 17th century on a Spanish ship bound for Cartagena, Colombia. Each time the ship tried to leave, it encountered storms and had to return to port, convincing the captain to leave the statue in Portobelo. Another legend has it that in the midst of a cholera epidemic in 1821 parishioners prayed to the Cristo Negro, and the community was spared.

This is a booklet about the Black Christ that was available in Portobelo many years ago.

On the street between the church and the customs house you cross over some very old bridges and walk on this cobblestone mosaic, suggested to be a sundial.