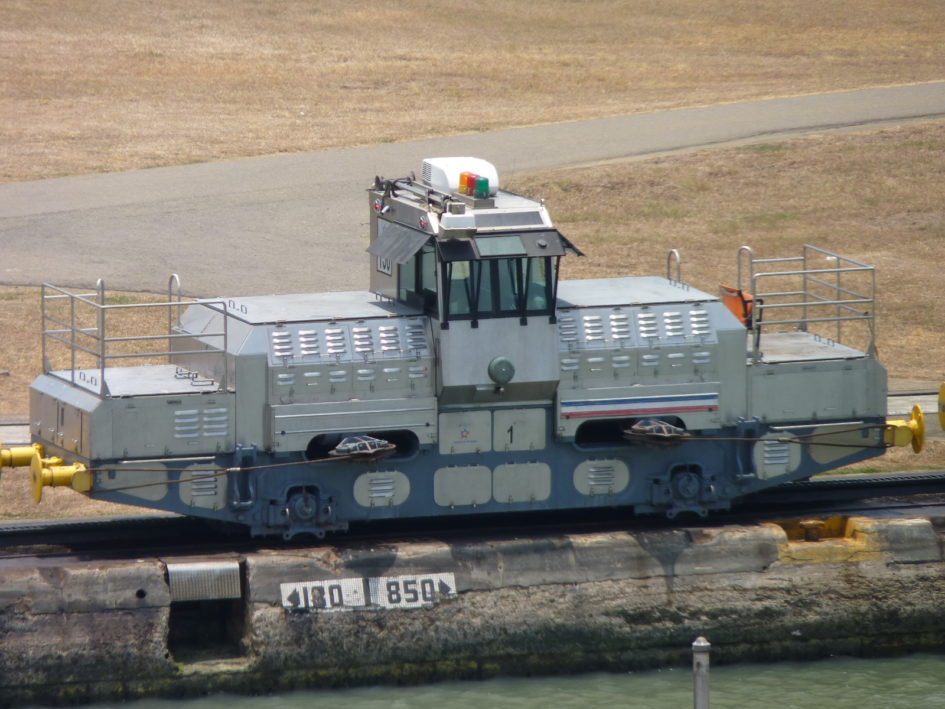 During your Panama Canal transit you are likely to see lots of heavy equipment related to Canal operations: This is a large watertight chamber which is open at the bottom. Water is kept out using pressurized air so that so that construction work may be carried out under water. Note that there are multiple navigation buoys with the same number. Look out for 60¼ and 60½ and the others marked A, B, C etc. Additional buoys have been added over the years to improve navigation and instead of renumbering all the buoys, letters were used. The marks are lit at night and are in the process of being updated with coloured lights. Widening of the Canal

At the time of writing this guide there is an extensive dredging project underway near Gamboa in order to accommodate the neo-Panamax vessels using the new expansion locks. You should observe large earthworks on the starboard side.

You might see areas where large plastic tubes are pushed into the ground. These are for the dynamite, which will blow out the hard rock.

Geology of the Canal

Panama’s complicated geology was one of the major difficulties faced during construction of the Canal. In many places you can see the multi-layered rock and evidence of slips and cracks still occurring today.

Landslides were a problem from the very beginning of the Canal project, and played a big part in bankrupting the French effort.

More than 60 landslides over the years resulted in 45 million cubic metres of additional excavation before the Canal was handed over to Panama in 1979, as much volume as contained in 15 Cheops pyramids.

The Canal was closed for much of its second year of operation due to two massive landslides.

On a recent transit this was the navigation system showing that the Canal dredging was ahead of the chart updates!

Work on the expansion of the Canal has included widening and straightening many of the channels.

You can see many places where the Canal has obviously been changed recently.

Next time you go ashore, check to see if you have a souvenir stripe from your transit!

There are also lots of Sights Along the Canal